Give the guy a Chucking Emmy... 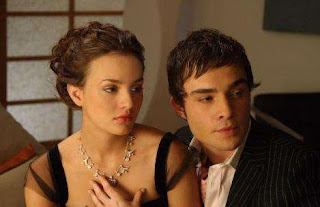 Bravo, Gossip Girl writers. Bravo. This week's episode was so unbelievably good that I almost gave a solo standing ovation in my living room, but then I realized that would officially qualify me as some type of unhinged stalker-fan, so I sat my ass back down.

First off, Ed Westwick can ACT. Seriously, he should get an Emmy for his performance in this episode. I have to say I was a little surprised, but he did a phenomenal job. I think the best quote of the night was when Blaire told Chuck that she loved him and he responded:

Nobody does self-destructive playboy in pain like Chuck Bass. Nobody.

Other random thoughts:
Do we really have to wait until January 5th for the next episode? I'm not sure what's more upseting, the wait for a new Gossip Girl or the fact that 90210 is a repeat AGAIN tonight. Note to C-dubs, I rely on you for sub-par television every week. Based on the quality of most of these shows, I'm guessing it doesn't take much time or effort to crank out a new episode of 90210, so get off your asses already. You can't seriously expect me to watch the creepy drama girl go to rehab AGAIN.
at December 09, 2008