Now that 2011 is right around the corner, covers have been popping up around the blogosphere left and right and we can't get enough. We're just a couple of cover whores and like to drool over covers like the best of 'em. Here are a few of the ones we're loving at this moment. How pretty are they?
First up, Veronica Roth's DIVERGENT, in stores May 2011... 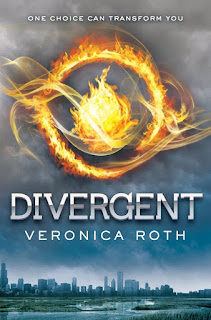 In Beatrice Prior’s dystopian Chicago world, society is divided into five factions, each dedicated to the cultivation of a particular virtue—Candor (the honest), Abnegation (the selfless), Dauntless (the brave), Amity (the peaceful), and Erudite (the intelligent). On an appointed day of every year, all sixteen-year-olds must select the faction to which they will devote the rest of their lives. For Beatrice, the decision is between staying with her family and being who she really is—she can’t have both. So she makes a choice that surprises everyone, including herself.
During the highly competitive initiation that follows, Beatrice renames herself Tris, and struggles alongside her fellow initiates to live out the choice they have made. Together, they must undergo extreme physical tests of endurance and intense psychological simulations, some with devastating consequences. As initiation transforms them all, Tris must determine who her friends really are—and where, exactly, a romance with a sometimes-fascinating, sometimes-exasperating boy fits into the life she’s chosen. But Tris also has a secret: one she’s kept hidden from everyone, because she’s been warned it can mean death. And as she discovers unrest and growing conflict that threatens to unravel her seemingly-perfect society, she also learns that her secret might be what helps her save those she loves . . . or it might be what destroys her.
Excuse us while we drool. The ring of fire pops against the stormy sky exuding mystery. And the Chicago skyline? So cool. There's no doubt this book will fly off the shelves in May--what a package!
Next on our list is BLOOD MAGIC by Tessa Gratton in stores April 26, 2011. 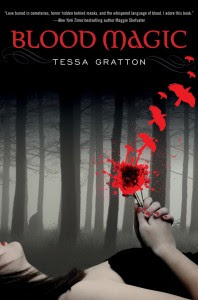 The murder of her parents has left Silla damaged and lost, and Silla's insistence that her father is not to blame only alienates her further from her friends and family. When a mysterious spell book arrives, Silla hopes it will lead to some answers about her parents' killer. In her first attempt at magic, in an old graveyard near her home, Nick, the new boy in town spies on her; he recognizes the magic that Silla is performing as the same magic his mother performed with him, before she went mad. Before long, Silla and Nick connect, though Nick is unwilling to share his history with blood magic with Silla. When Silla's friends start showing signs of possession, Silla, Nick and Silla's brother, Reese, must contend with a deadly, immortal woman who will stop at nothing to take the book of spells from them.
You don't even have to see a large version of this cover to recognize the attention-grabbing qualities. Black, grey and white with splashes of red? Yes please. And the creepy flower, oh don't get us started on the flower. Can't wait to see this one on shelves!
It wouldn't be cover love without Elana Johnson's POSESSION available June 2011. 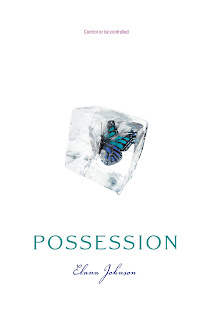 In a world where thinkers control the population and rules aren't meant to be broken, one fifteen-year-old girl is tired of belonging to someone else.
This cover is, in one word, stunning. The colors of the butterfly against the crystal-like icecube and stark white background? Flawless. And we're sure there is deeper meaning behind the entire image, which is even more exciting. There is no doubt this book will catch your eye with its color-scheme alone. Then when readers check out the cover copy? Sold.﻿
Check out what the other Bookinistas are up to...

Those covers are so beautiful!! The books are already on my to-be-read list! :D

Oh. My. God. Those are all awesome covers, but nothing is exciting as the cover of possession! It looks so cool! I can barely contain my excitement. Any word on when you might see something for Liar Society?

Love the premise and cover of Divergent. I'm putting it on my to-read list! And Elana's book is already on that list.

Divergent isn't listed on Amazon yet.

So many awesome books and many beautiful covers! Thanks for giving us a preview of some of these upcoming reads :)

Awesome- that first story sounds riveting and i L.O.V.E. Elana's cover art. Can't wait for the release dates! Thanks for this.

hahaha! I screamed for covers today too - icluding Elana's. AND I think I may have mentioned you guys???!!! Hmmmmm

Wow! I'm stunned. That cover for Divergent...I wanna read it, like right now! And I LOVE symbolism portrayed on Elana's.

All on my list and those covers are gorgeous!

Can't wait to see the one for LIAR SOCIETY. :D

Oh my word, those covers are just...oh my word. It's a feast for the eyeballs. Like did you see that creepy thing in the background of BLOOD MAGIC? It's super subtle, and maybe that's what makes it so creepy. but oh man, must read. And Veronica's book? Okay, how awesome that she set a dystopian world in Chicago, for one thing. But what a beautiful cover! It's like holding a big juicy piece of meat in front of a dog. "Come and get me..."

So beautiful. I feel like a kid in a candy store. Me wants...

Oh, man,Blood Magic sounds like something I'd like to read, but the other two covers catch my eye more. I mean, Divergent is on FIRE! (I choose Erudite, lol) Love it. And Elana's cover is perfect. I love how minimalist it is.

Holy Crap, those all look so good!!! I would buy them even if they sucked.lol Which I am sure they don't!

Great covers!! All of them!!

Whoop! Can't wait until all those books are on my shelf!

They all do have awesome covers. How cool is that?

Those are great choices - all three covers are awesome! Aren't you guys just dying to read Elana's book? Or maybe you already did!! :-)

Oh, you girls are too much. I have tingles down my spine. And all the commenters, saying how lovely my cover is? I LOVE YOU.

I'm totaly lusting after all these covers! And the books inside!! :p

I'm totaly lusting after all these covers! And the books inside!! :p

Sounds like some good books. But wow, you have me drooling over Divergent, with its cliffhanger description, and it's not out until May 2011? Gah!

I want to read all of these. The covers are just icing on the cake.

I concur. All three of those deserve some wicked cover love. Great pics, girls!

I love them all.

I love Elana's cover! The other two are really striking, too, but I'm already in love w/ Elana's, lol.