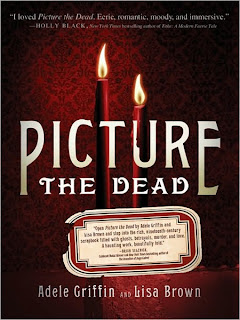 is available NOW. Go buy it. Seriously. Or just leave a comment on this post and make sure you’re a blog follower and we’ll enter you in a contest to win a copy!
And now let’s hear from the amazing authors about how they collaborated on this “gripping novel” (Shelf Awareness) and the “fanciful daguerreotype reconstructions [that] accompany the spookily ethereal story, cunningly providing clues to the puzzle” (Kirkus).
PICTURE THE DEAD is the culmination of years working on something—even though that something wasn’t always this book. We’d worked for about eighteen months on a story called BOOK OF HUMILIATIONS—sort of HEATHERS

meets The Salem Witch Trials, with a dollop of HARRIET THE SPY.

As much as we adored that project, we needed to get very deep into it before we began to recognize some of its pitfalls and potholes. It was an ambitious venture, and while we didn’t see it to publication, we learned so much from it. We walked away from HUMILIATIONS knowing that the core of that idea held something cool, that our process was sound and organized, and we wanted to keep challenging ourselves. And so we embarked in a new direction, an illustrated paranormal thriller ghost story for young adults.
PICTURE THE DEAD

is a ghost story and a mystery that’s set at the end of the Civil War. Jenny Lovell (our protagonist) must unravel the secrets behind her fiancé's death—and discover how to put his tortured spirit to rest. The story took shape through extensive historical research for both the plot and the illustrations. Each character, illustration, and setting was based on actual photographs and places. 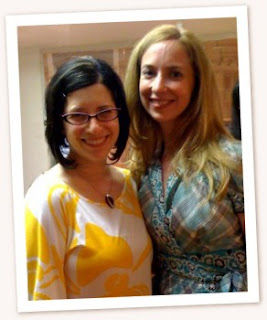 Outlining and writing a book that is told partly with words and partly with images is a challenge. Add to that the fact that we live on opposite coasts, and you’ve got a full-on capital C Challenge. We sent a lot of email, and were on the phone a lot more than we usually want to be. But really, we went about constructing our plot together much in the same way that we would have alone.
Once the broad strokes had been completed, Adele created a rough draft, with Jennie’s character emerging as a haunted Alice navigating a gothic Wonderland of clues, letters, and ghostly intimations. From there, Lisa reworked the draft so that whatever could be told visually could be extracted from the text, and reconceived through Jennie’s all-important scrapbook, which would appear in loose pages throughout the text. Lisa also inlaid the text with a deeper historical context. The project succeeded because there was so much for each of us to do that played into our different strengths.
The old adage “the whole is greater than the sum of its parts” holds really true for this book. All the writing that Lisa had done in the past has been for picture books. Everything short and repetitive, tiny prose poems for folks with a very limited vocabulary. For her, this project was a crash course in novel writing. For Adele, the crash course was learning accountability, the “why” behind every decision, knowing that it would have to be explained and—with Lisa’s keen ear for logic—justified. But with both of us assembling and deconstructing this story, we brought a different creative and editorial scope.
We are so excited to share PICTURE THE DEAD

with the world and we’d like all of you to join us for a special event on May 6th at 7:30 PM PST (10 PM EST) when we’ll be hosting a book launch for PICTURE THE DEAD

at the Booksmith in San Francisco. Lemony Snicket spokesperson (Daniel Handler) will be reading a statement of introduction!
You can attend in person or (if you’re like Laura and I and you live across the country) you can attend virtually via UStream. We'll also be on the Teen Fire Chat discussing the event live. Join us!
And don't forget to become a follower and leave a comment to be entered to win a copy!
at May 05, 2010

Already a follower, ladies, and I want that book!! Sounds amazing. But what struck me most was their collaboration. BRAVO to both woman!!

That sounds like a great book and the book launch sounds fun, too.

Please enter me to win a copy.

I am loving all these new "mixed media" novels that are coming out. This kind of thing reminds me a little bit of liar society and how you ladies incorporated emails into the text. Sounds like a very cool book.

Then again BOOK OF HUMILIATIONS sounds pretty durn cool too, too bad that one didn't make it.

Oh well, thanks for sharing this with all of us! And thanks for letting them Adele and Lisa.

I'd love to read this book!

Everyone else said WOW and I can't agree with them more, this looks awesome!

This book sounds incredible! I'll definitely check it out.

Sounds like a great book! I bet a lot of my students would like it as something to pair with Civil War nonfiction. I teach an English/American History class with a Social Studies teacher and we're always looking for reading the match up with the time periods. Can't wait!

I've been looking at this one for a while, but never ordered it.

OMG, they are both so cute! Love when authors have chic girl looks that outwardly express their inner creative girl coolness.

What a cool concept for a book.

Sounds like an awesome book. :) I wonder how people can actually write with partners, and I wish I knew how to. Maybe I'm too possessive of my work? That's probably it. *sigh*
Anyway, the book sounds really interesting, I definitely want to read it!

Yay for a book giveaway!
the story sounds great and i LOVE the cover

Haha, sounds like an awesome way to celebrate! :-) This book sounds interesting, adding it to my wishlist!

Um. Wow...definitely a book to read, in one sitting. Thanks for sharing!

I LOVE Adele Griffin's books and have read them all. This one sounds FANTASTIC!

Ooooh, I want it! I haven't read a good ghost story in ages, and I don't think I've ever read one in YA.

OMG, this book sounds amazing. I was curious about it before, but now I'm twitchy to read it! It has so many things I love: it's period, it's creepy, it has a fascinating subject, and the story is told in illustration and word!

Made my TBR list for sure. And yay collaborative awesomeness! :)

Ooo, that book sounds awesome! Count me in! :D (I'm already a follower)

Already a follower to your amazing blog! I mean really, who isn't a blog follower of yours yet???

Picture the Dead sounds amazing. Their previous venture sounds awesome, too. I hope some day they get Book of Humiliations out again and tinker with it!

Wow, that cover is only outdone by the awesomeness of their picture together.

And I SO want to win this book! Oh, I sure hope I do...but, good luck to everyone else that has entered the contest, anyways.

It must have been so exciting to collaborate long-distance like that. I think I would have had a problem with being patient, waiting for the next installment of writing from my partner. It sounds like something fun to try, though.

Cynde
Cynde's Got The Write Stuff

Of course I'm a follower ;o)

This sounds so cool! Count me in for the contest and for the chat at Teen Fire.

Already a follower chickies! Love the way they collaborated on this book...nothing short of amazing!!

On a side note, I have never won anything from blogging. So this would be really cool..expecially since I want that book!! Okay, that's all I have to say.

The Book sounds great! Also, I love the cover!

Thanks so much for the giveaway.

Did you hear that? That was the sound of my TBR pile toppling over and hitting me in the head. Ouch!

Definitely adding this one to my pile. Once I've restacked it. *runs off to find a ladder*

I've been waiting on this one to come out!! Thanks so much for the contest!!

Historical mystery sounds right up my alley! Count me in.

This sounds like fun! It would be a graet gift for a friend of mine who loves historical fiction. It would be a great gift, since her birthday is coming up.
I'm a follower.

Yay, ghosts! Sign me up please. :)
Gotta love those people who collaborate.

Sounds awesome! Thanks for the contest.

I'm also amazed at their ability to work together to come up with such a unique book. I would have a hard time working on a book with another author. It's difficult enough when I get suggestions that try to take my story on paths I don't want to go. I'm very impressed!

I would love to read this book! Can't wait for the release! :)

Sounds great. Please enter me. Thanks.

Great post! It's always interesting to learn how a book came to be. And this sounds like one amazing book! I would LOVE to be entered! I can't wait to read this :)