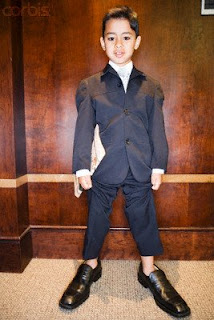 Lisa posts a lot of vents. So here's mine.
John and I had a fun-filled Saturday planned--a trip to the DMV to officially become Ohio residents/drivers. My thorough husband had me call ahead five million times to figure out what we needed to bring, what time they opened and other random questions. We were prepared.
The second we walked in, we learned that the title place was closed on Saturdays. You think maybe someone could have told me that during one of my five million calls? A little steam came out of John's ears.
Next, we had to take the written portion of the driver's test. Panic washed over me as I thought back to the last time I'd taken the driver's test. That year, I turned 16 in February, but didn't get my license till the end of the summer. I failed maneuverability three times. Today when I took the written portion, if you got 11 questions wrong you failed. This little counter on the bottom of the screen tracked your incorrect questions. At one point, I'd gotten 9 questions wrong and had 12 questions left. Lovely. Do you know what percentage of sun must shine through tinted windows? It's 70%. Who the hell cares? It sounded like John was having some problems a few computers down from me as well. I heard him swearing.
Luckily, we both passed. Barely.
Now for the license.
Lady: I need your Social Security card and previous license.
I handed them over.
Lady: I see you got married since last living in Ohio.
Me: Yes.
Lady: I need your marriage license.
Fabulous, because it's at home.
Me: I already did all that in Maryland when we got married. Social Security and the license people had to see my marriage license before they gave them to me.
Lady: I know it seems silly, but the state says I have to see the marriage license too.
Silly?

I am convinced that the state of Ohio is run by a bevy of three-year-olds. But I don't discriminate. The state of Maryland is run by a bunch of imbeciles too. When I started teaching 6th grade there, I got a letter saying I had to go back to school and get my elementary certification because I was only certified to teach middle school. What????
So...I'm off to the DMV again...marriage license in tow. We are never moving again.